The official manufacturing purchasing managers’ index (PMI) for the country’s manufacturing sector rose to 50.9 in June, up from 50.6 in May, the National Bureau of Statistics (NBS) said on Tuesday. A reading above 50 reflects growth in factory output, while a reading below signals contraction.

This was slightly above economists’ forecasts, as analysts polled by Reuters expected the index to stand at 50.4, and those surveyed by Bloomberg predicted 50.5.

The statistics agency said that manufacturing growth was supported by stronger supply and demand, with the index for new orders rising for two consecutive months. In June, it hit 51.4, up 0.5 percent from May’s 50.9.

Data released on Tuesday also shows that another indicator of economic health, the official non-manufacturing PMI, came in at 54.4 in June, gaining 0.8 percent in one month. The figure has been rising for four consecutive months, but in June it posted the fastest growth since last November.

“The latest survey data suggest that economic growth accelerated in June thanks to a faster recovery in manufacturing and services, alongside continued strength in construction activity,” Julian Evans-Pritchard of Capital Economics wrote, adding that the recovery should remain robust in the coming months.

Although both the import and export indices improved as countries are starting to reopen, external demand remained sluggish, the NBS noted. The index for new export orders rose by more than seven percentage points to 42.6 for the month of June, but remained below the critical point, according NBS senior official Zhao Qinghe.

He also stressed that some “uncertainties” continue to exist both inside and outside China. The external market is under pressure as countries are still battling with the deadly virus. Domestically, Chinese small firms are suffering more than larger businesses, while some industries, including textile and wood processing, are struggling to return to normal. 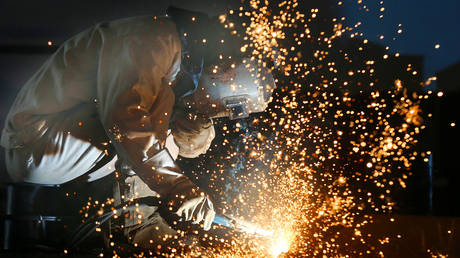 Wales could force tourists from el...