One of the wells was discovered in the Fuman oilfield – a major region for crude oil production in the Tarim Basin, in northwest China’s Xinjiang Uighur Autonomous Region. It reportedly contains a billion tons of super-deep oil and gas.

With a drilling depth of nearly 27,900 feet (8,500 meters) and a test oil column reaching 1,640 feet (550 meters), the reservoir set new records for the basin’s deepest oil production and highest oil column, and marks the largest discovery of oil in the area in a decade. It is expected to produce four million tons of oil and 49.4 billion cubic feet (1.4 billion cubic meters) of natural gas annually before 2025.

The oilfield is one of the world’s most difficult areas to drill, as most of the reserves are around 26,000 feet (8,000 meters) below the surface of the Earth. After it was discovered in 2015, annual output in the area grew from some 30,000 tons to 1.52 million tons in 2020, with an estimated production of about two million tons since the beginning of 2021.

Another deposit, in the Ordos Basin, also in the northwest, reportedly contains an estimated billion tons of shale oil, according to CNPC making it the biggest shale oil field in the country.

Discovered by Changqing Oilfield Co, a CNPC subsidiary, it is one of several major discoveries in the past three years. Two years ago, the firm discovered 359 million tons of shale oil in the Qingcheng region, in the northwestern Gansu Province.

Changqing has managed to significantly extend the range of its exploration over the past few years and its latest billion-ton discovery will be an important milestone in China’s oil-gas exploration history. 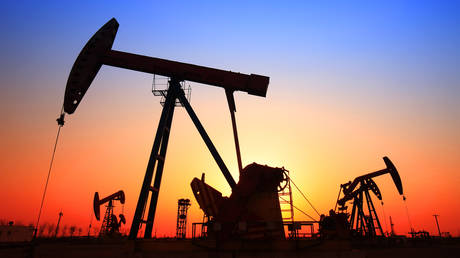