Chinese soybean importers and processors are planning to cancel deals signed for US cargoes for December and January shipment, Reuters reported, citing its trade sources.

They explained the decision, pointing to the crushing margins collapse following a steep rally in Chicago futures.

“Small private soybean importers are trying to wash out December and January US soybean shipments as crush margins have turned negative,” said one trader at a leading soybean processor in China. “This is for those importers who bought cargoes but did not [set the] price in the futures market.”

Soybeans are crushed for oil, used mainly in cooking, and soymeal, an animal feed vital to the hog and poultry sectors.

China is the world’s largest importer and consumer of soybeans, accounting for more than 60 percent of global demand. The country has accelerated soy imports to a record level this year as it seeks to rebuild a national pig herd decimated by the deadly African swine fever in 2018 and 2019.

Beijing has also increased US soybean purchases to comply with ‘phase one’ of the US-China trade deal. Soybeans have historically been the most valuable US farm export, with China purchasing more than half of all US soybean exports, before the two countries became embroiled in a trade war.

Experts say that profitable domestic crush margins, combined with multi-year-low US soy prices this summer, have triggered strong Chinese buying of US supplies from August.

However, this month US soybean export prices have matched the futures markets gains. That led to export basis levels (the premium above futures that buyers must pay to secure supplies) having dropped by just over 30 percent, indicating reduced competition among buyers.

According to Refinitiv Eikon, spot export basis at the US Gulf dropped from 93 cents a bushel in early November to 63 cents this week. “This is a big drop,” said one of the trade sources. 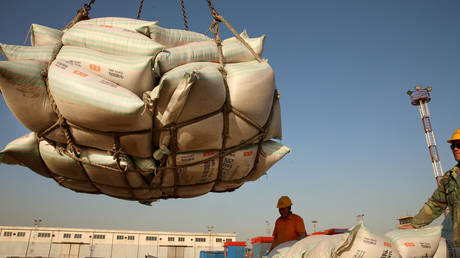