China’s economy roars back to growth after record coronavirus contraction

China’s economy roars back to growth after record coronavirus contraction

China has become the first major economy to show signs of recovery and avoid recession amid the coronavirus pandemic, with its gross domestic product (GDP) rising 3.2 percent in the second quarter.

The positive economic growth, reported by China’s National Bureau of Statistics (NBS) on Thursday, came after a sharp contraction in the first three months of this year. China’s GDP shrank by 6.8 percent in Q1 – the first such contraction since 1992, when official quarterly GDP records started.

Economists polled by Reuters expected more modest results, as they had predicted a GDP growth rate of 2.5 percent. Analysts polled by Bloomberg had made a similar forecast, with expected growth of 2.4 percent in the second quarter.

The new data signals that the country has become the first to start recovering economically from Covid-19. Although the GDP for first half of the year (two quarters combined) was still in negative territory – down 1.6 percent year on year – Beijing avoided falling into recession. A technical recession is defined as two consecutive quarters of economic contraction.

“Generally speaking, the national economy overcame the adverse impact of the epidemic in the first half gradually and demonstrated a momentum of restorative growth and gradual recovery, further manifesting its development resilience and vitality,” the NBS said. “We have confidence that the economy will continue to recover in the second half.”

The Chinese statistics agency noted that there are still some headwinds ahead but linked them mostly to external factors, as countries around the world are still battling to contain the deadly virus.

However, analysts noted some domestic challenges, as retail sales in China declined 3.9 percent year on year in the second quarter. In June alone, the figure was down 1.8 percent from a year ago, bucking expectations for a 0.3 percent growth.

“China consumer remains behind in terms of the recovery story,” Rodrigo Catril, a foreign exchange strategist at NAB in Sydney said, as cited by Reuters. He added that consumer cautiousness is another key indicator of the economic health for those countries “where the consumer plays a bigger role.” 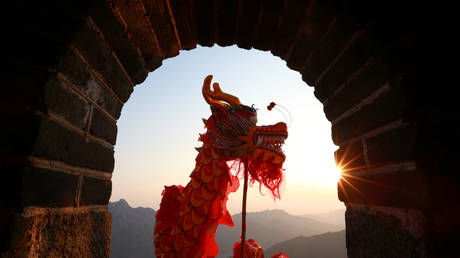