Shipments of 5G phones in China reached 17.51 million units last month, according to data from the China Academy of Information and Communications Technology (CAICT).

The figure accounted for 61.2 percent of the country’s total mobile phone deliveries in June, up from 46.3 percent in May.

According to CAICT, the country saw the rollout of 105 new 5G models in the first half of the year, with total shipments at 63.6 million units.

The shipment of 5G mobile phones in the Chinese market has seen ‘explosive growth’ since the second half of 2019, and the building of 5G base stations is also booming, international consulting firm Deloitte stated in its June report.

The report highlighted that China is expected to see the first wave of a 5G consumption boom as gadgets powered by the next-generation communication technology become mainstream. It said the network coverage is constantly expanding and the price of 5G smartphones is falling.

China’s Ministry of Industry and Information Technology said earlier that the country will speed up 5G network construction, with more than 600,000 5G base stations expected to be built nationwide by the end of the year. 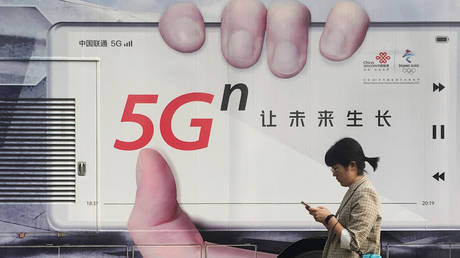 Elon Musk now worth more than...

Update your iPhone NOW for three amazing features with iOS 15.1

Call of Duty games in order: By release date and timeline