China’s central bank is partnering up with the country’s ride-hailing giant Didi Chuxing to test the use of its sovereign digital currency. The digital yuan may be offered to the public as early as next year.

The regulator is working with Didi to apply digital currency electronic payment (DCEP) to the ride-hailing app, Didi said on Wednesday. The company, which currently serves a total of over 550 million users and is often described as China’s Uber, may thus become one of the world’s first’s corporate users of a government-created virtual currency.

China’s central bank set up a research team six years ago to explore the possibility of launching its own digital currency. In May, the bank revealed plans to have the digital yuan ready in time for the 2022 Winter Olympics. Limited trials are already underway in four cities across the country.

The digital yuan, which is projected to replace paper money, will be linked to the holder’s smartphone number, with transactions taking place through an app. Users will be able to transfer money between accounts by tapping phones, much like having physical cash change hands. The currency will be legal tender, so it could be exchanged without needing a bank as an intermediary. 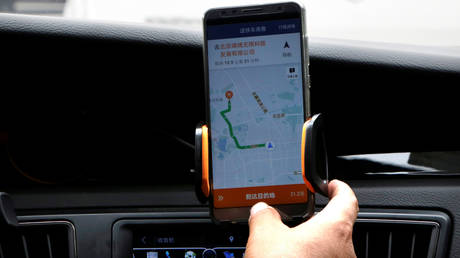