Beijing is preparing to launch an antitrust probe into Alphabet’s Google, looking into allegations it has leveraged the dominance of its Android mobile operating system to stifle competition, Reuters reported, citing sources.

Two people familiar with the matter said that the case was proposed by tech giant Huawei last year and has been submitted by the country’s top market regulator to the State Council’s antitrust committee for review.

They added that the decision on whether to proceed with a formal investigation may come as soon as October and could be affected by the state of China’s relationship with the US.

The potential investigation follows US actions against Chinese companies, such as Huawei and TikTok, which were accused of threatening America’s national security.

China is currently revamping its antitrust laws with proposed amendments including a dramatic increase in maximum fines and expanded criteria for judging a company’s control of a market.

According to Reuters’ sources, a potential probe would also look at accusations that Google’s market position could cause “extreme damage” to Chinese companies like Huawei, as losing the US tech giant’s support for Android-based operating systems would lead to loss of confidence and revenue.

“China will also look at what other countries have done, including holding inquiries with Google executives,” one of the sources said. 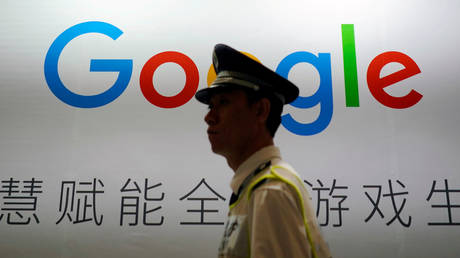