Beijing is imposing sanctions on US arms firm Lockheed Martin for its involvement in a missile deal with Taiwan, which China considers part of its territory. The move could further worsen relations between the US and China.

Lockheed Martin is reportedly a major contractor for Washington’s $620 million package to upgrade Taiwan’s Patriot surface-to-air missiles system. The deal was approved last week by the US State Department.

The spokesman stressed that Washington should “stop selling arms to Taiwan and cut its military ties to Taiwan, so it won’t do further harm to bilateral relations between China and the United States.”

China previously threatened to sanction US companies, including General Dynamics and Honeywell International, on numerous occasions over arms sales to Taiwan.

Meanwhile, Chinese expert on missile technology and nuclear strategy Yang Chengjun told the Global Times that the arms sale is “symbolic, and only gives Taiwan secessionists false courage, rather than boosts its military capabilities.”

Beijing has repeatedly expressed concern over the US’ military support for Taiwan, saying it violates the ‘one-China’ principle, under which Taiwan is inalienable Chinese territory. 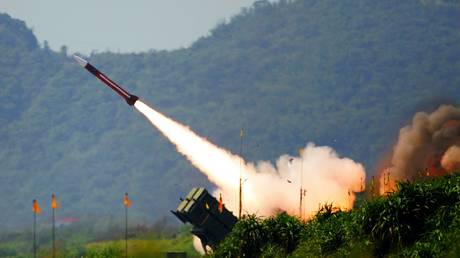 Huawei BANNED from 5G network from...