Boeing’s 737 MAX jets are still banned from the US company’ biggest market, as China has not changed its position on the plane’s safety and has not allowed the aircraft to take to the skies.

The Civil Aviation Administration of China (CAAC) announced that it has not set a date for the resumption of Boeing 737 MAX flights, according to local media reports citing the watchdog.

The aviation authority stressed that the position has not changed since last month, when its director, Feng Zhenglin, said that it needs to ensure that the troubled aircraft has safe and reliable modifications before making the decision to lift the grounding.

He earlier noted that the 737 MAX must meet three conditions. Apart from clarity on the results of the investigation into the cause of the crashes that killed 346 people, design improvements must pass airworthiness inspections and pilots must receive adequate training for them.

The Chinese regulator’s statement comes shortly after the US Federal Aviation Administration (FAA) decided to lift the nearly two-year ban. While the decision does not allow the jets to return immediately to the skies, it is expected that the first commercial flights will resume before the end of the year.

“The US FAA’s approval does not mean other countries have to follow,” senior engineer Shu Ping, the director of the Aviation Safety Institute of the Academy of Civil Aviation Science and Technology, said as cited by ChinaDaily.

Boeing recently revealed its bullish outlook for the Chinese market. Betting that passenger traffic in China will grow much faster there than in other countries, the US aerospace giant plans to sell 8,600 new airplanes to Chinese airlines valued at $1.4 trillion over the next two decades. 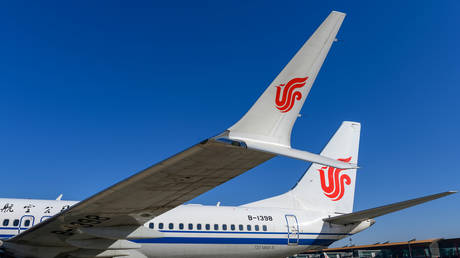