The world’s top metals consumer, China, is considering opening up its commodities markets, as the government wants increased pricing power in the markets it dominates. Copper is the major target of the country’s ambitions.

From Thursday, overseas investors will be able to trade copper futures on the Shanghai International Energy Exchange. The contract size will be the same as that intended for local traders, but will exclude tax and customs duty, and will be delivered into bonded warehouses, helping it compete actively with the London Metal Exchange.

According to BMO Capital Markets, China now accounts for more than half the world’s copper consumption, up from 39 percent in 2010 and 12 percent in 2000.

The country’s recovery from the coronavirus crisis saw copper imports top two million tons in the third quarter.
Official data showed that imports of copper by China in the first nine months of 2020 were up 41 percent from a year earlier, at 4.99 million tons. According to the General Administration of Customs, that is already more than the 4.98 million tons China imported in the whole of 2019.

Global copper prices have reached a two-year record high thanks in part to the speedy recovery of China’s economy in the post pandemic era. Industry experts suggest that China’s expanding power and construction sectors will continue to support copper demand and become the major driver of global copper consumption growth.

“This is thanks to healthy consumption in China due to an economic stimulus package and demand from the construction industry, as well as improving market sentiment,” international credit-rating agency Fitch Ratings said in a recent statement.

China has already allowed foreigners to trade oil and iron ore on its commodities market. In March 2018, it successfully launched a yuan-denominated crude-oil contract. A subsequent push to let foreigners trade iron ore in Dalian established a global benchmark. Analysts say copper could be an even bigger success. 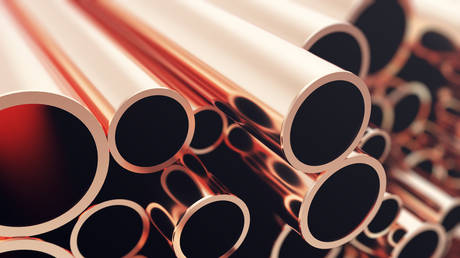