China’s Commerce Ministry announced plans on Friday to expand the pilot program for its sovereign digital currency to include several large cities across the country.

The pilot program will be broadened to cover much of China’s most prosperous regions, such as the capital Beijing and nearby Tianjin municipality and Hebei province in the north; the Yangtze Delta to the south; and along China’s wealthy southern coast, and in Guangdong province and the neighboring cities of Hong Kong and Macau.

Cities in the country’s poorer central and western regions that meet certain requirements will also roll out trials of the digital currency, the ministry said. Internal tests will be conducted in all the cities to improve the currency’s functionality.

In May, the People’s Bank of China revealed plans to have its sovereign digital currency ready in time for the 2022 Winter Olympics. It said that the new currency, which doesn’t have an official name but is known by its internal shorthand DC/EP, or digital currency/electronic payment, will share some features with cryptocurrencies such as Bitcoin and Facebook’s Libra. The digital currency is projected to replace cash in circulation.

In April, the bank introduced the digital currency across four major cities: Shenzhen, Suzhou, Chengdu and the Xiongan New Area in the northern province of Hebei.

The government has already started paying civil servants in the district of Xiangcheng in Suzhou half of their transport subsidy in the digital currency as part of that city’s test run.

Government workers were told in April to begin installing an app on their smartphones into which the digital currency would be transferred. Civil servants were also told that the new currency could be transferred into their existing bank accounts or used directly for transactions at some designated merchants. 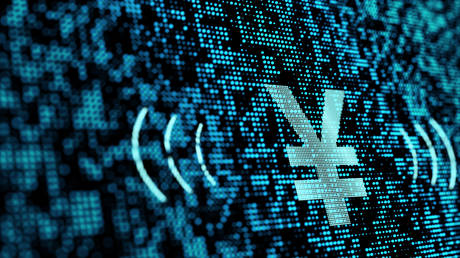