China could join massive Asia-Pacific trade deal abandoned by US

China could join massive Asia-Pacific trade deal abandoned by US

Japan may expand a major regional free trade pact to include China. Known as the CPTPP, the accord includes 11 countries in the Asia-Pacific that decided to keep their markets open after the US switched to protectionist policies.

“Japan will aspire for the Free Trade Area of the Asia-Pacific through the early conclusion of the RCEP agreement and the steady implementation and expansion of the CPTPP as next year’s chair,” Japanese Prime Minister Yoshihide Suga said before the APEC summit on Friday.

The economies included in the Comprehensive and Progressive Agreement for Trans-Pacific Partnership (CPTPP) represent nearly half a billion of consumers and accounts for 13.3 percent of the global gross domestic product. The trade agreement is essentially an updated version of the ill-fated Trans-Pacific Partnership (TPP). That deal was negotiated by the Obama administration, but was not ratified before US President Donald Trump took office and pulled the US out of the trade pact.

Beijing previously stressed that it is open to the idea of joining yet another free trade accord. Chinese Foreign Minister Wang Yi will discuss the matter with the Japanese side during his visit next week, the ministry’s spokesperson said on Friday.

The CPTPP could be another massive agreement for China and some other regional economies that created the world’s biggest free trade zone last week with the Regional Comprehensive Economic Partnership (RCEP).

Another potential member of the CPTPP is the UK. In September, the British side announced that it took “a major step” to joining “one of the world’s largest and most dynamic free trade areas” as it opened discussions over its accession with the other 11 nations. The deal could be beneficial for London, as some of its largest non-European trading partners are among the CPTPP signatories. Signing such an accord could be faster and simpler than negotiating several new trade pacts with each country. 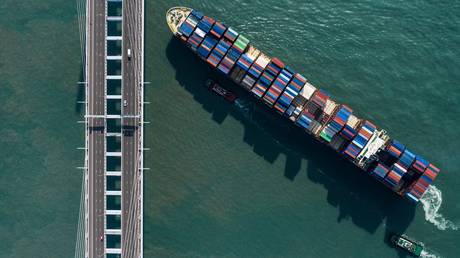