The Regional Comprehensive Economic Partnership (RCEP) is expected to be announced at the Association of Southeast Asian Nations (ASEAN) Summit, which Vietnam is hosting virtually. It will involve the ten member states of the ASEAN bloc – Brunei, Cambodia, Indonesia, Laos, Malaysia, Myanmar, the Philippines, Singapore, Thailand and Vietnam – as well as their trade partners Australia, China, Japan, New Zealand, and South Korea.

The new economic bloc will thus represent around a third of the world’s gross domestic product and population.

It will become the first-ever free trade agreement to include China, Japan, and South Korea – Asia’s first, second and fourth-largest economies. One of the original partners, India, said last November that it would not participate in the negotiations due to concern that opening up its market would cause its trade deficit with China to grow.

Malaysian Trade Minister Azmin Ali, who told reporters the deal would be signed on Sunday, called it the culmination of “eight years of negotiating with blood, sweat and tears.”

First proposed in 2011, RCEP will eliminate as much as 90 percent of the tariffs on imports between its signatories within 20 years, and the deal will come into effect by early as next year. It will also establish common rules for e-commerce, trade, and intellectual property.

“China has pulled off a diplomatic coup in dragging RCEP over the line,” Shaun Roache, Asia-Pacific chief economist at S&P Global Ratings, told Bloomberg. “While RCEP is shallow, at least compared to TPP, it is broad, covering many economies and goods, and this is a rarity in these more protectionist times.”

China’s Premier Li Keqiang told the ASEAN Business and Investment Summit in Hanoi on Friday morning that East Asian leaders would witness the approval of RCEP “shortly.” He said via a webcast that “The signing of RCEP will send a clear, strong, positive signal for advancing regional integration and economic globalization.” 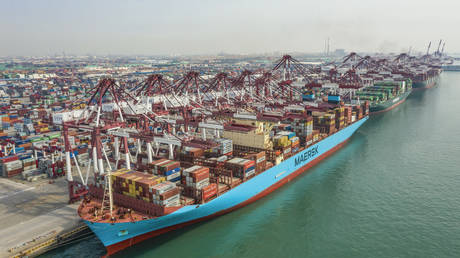