Close
Trending News
HomeBusinessCanada is battling another pipeline cancellation by US

Canada is battling another pipeline cancellation by US

Canada is battling another pipeline cancellation by US

President Biden is coming under fire for his attack on oil and gas once again as Canada pleads to keep the cross-border Great Lakes oil pipeline open.

Canada is battling against the state of Michigan to keep the cross-border pipeline open as calls to enhance the joint response to climate change seem to be at odds with the two countries’ oil industries. To create meaningful policy change towards clean energy the US and Canada must work together to support their oil and gas sectors while establishing a clear strategy for the eventual movement away from fossil fuels.

It is important to remember that the US relies heavily on Canada for much of its crude oil imports, consuming around 3.7 million barrels per day, or about 80% of Canada’s crude output.

Line 5 is supposed to close by May 13, according to Michigan’s governor, to eliminate the risk of a major leak. As much as 540,000-bpd oil and natural gas liquids pass through this line, making it essential for oil transportation between the two countries. However, the 70-year-old pipeline presents an extreme environmental risk due to its age.

The pipeline currently provides energy to Michigan, Ontario and Quebec, to an area of around 40 million people, meaning the disruption caused by this closure would be significant.

This is the second major pipeline that has prompted a dispute between the US and Canada since President Biden came to office earlier this year. The first was the cancellation of the Keystone XL pipeline project in January. The pipeline was expected to transport 800,000 bpd of crude between Alberta and refineries in the US.

Read more on Oilprice.com: Three things that will drive oil prices in May

Prime Minister Justin Trudeau expressed disappointment in this decision and Alberta Premier Jason Kenney called the decision a “gut punch” and an “insult”; threatening legal action to recover the $1.5 billion investment by Alberta for the project.

A significant proportion of jobs were lost in relation to the cancellation of Keystone, and the closing of line 5 threatens Canada’s oil and gas industry further.

Officials from both sides have been formally discussing the potential decommissioning of the pipeline for months, mostly in joint conversations over climate change and policy cohesion. Yet Canada seems to have received little response on the matter from the White House to date.

If deemed necessary, Ottawa could go so far as to invoke the 1977 Transit Pipelines Treaty to stop the closure that would hinder the transit of Canadian oil. This would be the first case of this treaty being enacted.

Canadian Natural Resources Minister Seamus O’Regan stated, “We have signaled very clearly that this is nonnegotiable,” In addition, “Line 5 is very different from Keystone XL and we fully support it, and we will defend it,” he said. “We made our case with Republicans as well as Democrats.”

Canadian Enbridge Inc. is instead suggesting that the infrastructure be updated to mitigate the potential for an oil spill by building a tunnel under Lake Michigan. The tunnel, Enbridge claims, would make vital oil transportation infrastructure safer, in line with Biden’s energy policy idea of ‘Build Back Better’. Enbridge is also criticising Michigan’s move as it will imply the need for thousands of long-haul vehicles to transport the oil that currently flows through the pipeline.

If the pipeline closure goes ahead it will have a detrimental effect on Canada’s oil and gas industry, which has already taken a hit from the cancellation of Keystone. It will also imply the halting of vital oil and gas imports to the American market. The question is whether Biden will respond to Enbridge’s counter proposal to invest in the existing infrastructure to mitigate the risk of a spill without hindering oil transportation between the two countries. 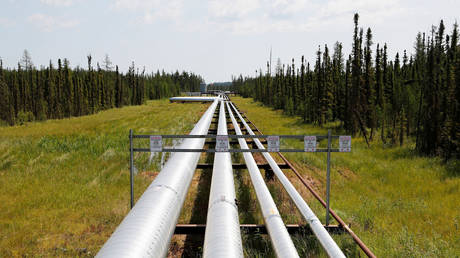