New data from the International Monetary Fund (IMF) show that the process of the shift away from the dollar standard resumed in the second quarter of the year, with the share of the US currency in global reserves falling sharply.

According to the IMF, while the greenback’s share increased in the first quarter of 2020 due to safe-haven buying during the early stages of coronavirus, it resumed a more than two-year trend downward in Q2. The share of euros making up global reserves rose slightly and the share of the Japanese yen dropped. Data also showed that the second quarter saw the largest build-up of reserves in the Chinese yuan and some “other currencies.”

Bank of America (BoA) said in its report that “the de-dollarization theme appears intact.” According to its data, the global share of US holdings has declined to 61.3 percent, “slightly more than expected based on FX, bond and equity valuation changes.”

BoA also said that no single currency stood out as having benefited from the process so far. Instead, many central banks have turned to gold, increasing their bullion holdings. Data show that central bank demand came in at 650.3 tons last year, just slightly below the 2018 record net purchases of 656.2 tons.

According to the World Gold Council, 2018 marked the highest level of annual net central bank gold purchases since the suspension of dollar convertibility into gold in 1971, and the second-highest annual total on record.

READ MORE: ‘The world is going back to a GOLD STANDARD as the US dollar is about to collapse’ – Peter Schiff

Experts point out that Russia and China, the two major countries that led the de-dollarization drive, will continue adding to their bullion holdings, cutting their respective share of the dollar, and even leading the world back to the gold standard. 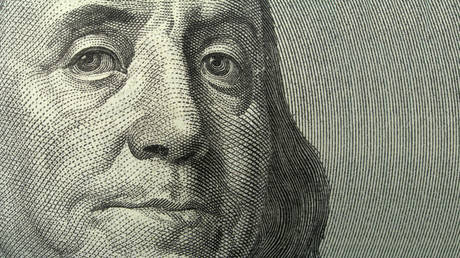