UK telecommunications companies could face fines of up to ten percent of their turnover or £100,000 ($133,140) a day if they fail to tighten security in their networks under the nation’s new legislation.

The government said that the proposed Telecommunications (Security) Bill, put forward on Tuesday, is designed to improve certain standards of the UK’s 5G and full-fiber networks, and to remove the threat of high-risk vendors.

“This will be a significant step to protect the UK from hostile cyber activity by state actors or criminals,” the Department of Culture, Media, and Sport said in a statement. “Over the past two years the government has attributed a range of cyber-attacks to Russia and China, as well as North Korea and Iranian actors.”

According to the department’s secretary Oliver Dowden, the bill “will give the UK one of the toughest telecoms security regimes in the world and allow us to take the action necessary to protect our networks.”

The proposed legislation would give the government the power to fine operators if they use Huawei equipment in the nation’s 5G networks.

On Tuesday, Huawei once-again denied that its equipment presents a national security risk to the United Kingdom or to any other country. The company’s Vice President Victor Zhang said ″It’s disappointing that the government is looking to exclude Huawei from the 5G roll out.”

He added: “This decision is politically-motivated and not based on a fair evaluation of the risks. It does not serve anyone’s best interests as it would move Britain into the digital slow lane and put at risk the government’s levelling up agenda.”

Washington has long been pushing and even offering money to its allies to avoid using Chinese technology and to ditch Huawei, one of the world’s leading suppliers of 5G equipment. 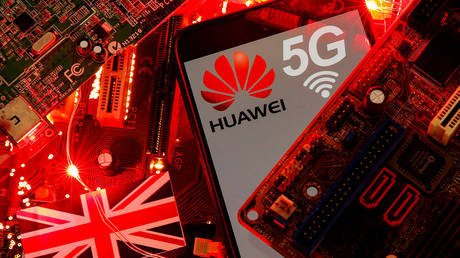