In a sharp U-turn, the UK government is reportedly planning to ban Huawei equipment from the nation’s next-generation networks by the end of the year. In January, London allowed the company a limited role in Britain’s 5G networks.

According to media reports, the policy reversal was driven by a branch of British intelligence agency GCHQ, which said the US sanctions barring Huawei from using technology which relies American intellectual property have had a severe impact on the firm.

The agency’s report is expected to be submitted to Prime Minister Boris Johnson this week. Ministers on the National Security Council will be asked to approve a policy shift in the next two weeks to ban the purchase of any new Huawei equipment by the end of this year.

Huawei technology might thus be removed from existing parts of the 5G network by 2026 or 2027, with its 4G and 3G products to follow, the Sunday Times reported.

The US has been on a global campaign for over a year to convince nations to block Huawei from their 5G networks. Washington has been claiming that the Chinese company poses a security risk and threatens UK-US intelligence sharing. It said that allowing Huawei on the market would be “madness.”

When London decided to allow Huawei a limited role in its mobile network, US politicians publicly urged Britain to reconsider. The new US rule passed in May requires foreign manufacturers using American chipmaking equipment to get a license before being able to sell semiconductors to Huawei. The UK’s National Cyber Security Centre (NCSC) launched an emergency review of Huawei’s role shortly after.

Following the media reports on a possible phase out, Huawei’s Vice President Victor Zhang said the firm is open to discussions with the British government, and that it is “too early to determine the impact” of the proposed US restrictions.

“All our world-leading products and solutions use technology and components over which the UK government has strict oversight. Our technology is already extensively used in 5G networks across the country and has helped connect people throughout lockdown,” Zhang said.

The head of international media at Huawei, Paul Harrison, posted a series of tweets over the weekend in which he said the US “fell asleep at the 5G wheel years ago & they’re fighting to claw back market position.”

According to him, Huawei has been in the UK market for 20 years and has “helped telecom providers drive the UK to become a 5G global leader.” He said: “Restricting Huawei will do little to maintain that leadership.”

“Shouldn’t the US respect a United Kingdom in the post-Brexit era being in a position to choose its own telecommunication strategy? On #Huawei right now, the Trump administration wants to call the shots,” Harrison tweeted. 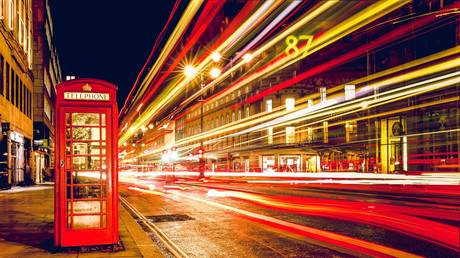 Maternity leave & pay should b...