The Covid-19 pandemic is bringing “unparalleled challenges,” but the BRICS New Development Bank (NDB) is “rising to the occasion” to tackle the crisis and boost the trade bloc’s economic recovery, said NDB President Marcos Troyjo.

Monday’s annual BRICS Interbank Cooperation Mechanism Financial Forum was hosted by Russia, to which the BRICS presidency passed this year. It was held as a video conference and chaired by Russian bank VEB.RF’s Igor Shuvalov. As well as Troyjo, participants included the president of China Development Bank, Ouyang Weimin; the president of the Brazilian Development Bank, Gustavo Montezano; the chairman of the Development Bank of South Africa, Enoch Godongwana; and the managing director of India’s Export-Import Bank, David Rasquinha.

With the coronavirus crisis being the main theme in 2020, Troyjo said, “The bank contributes to the ongoing efforts of our BRICS countries in facing up to the health and economic consequences of Covid.”

The NDB has already allocated $10 billion in committed support through its emergency assistance program, of which $5 billion is designed to finance health and social relief, and another $5 billion is targeted at supporting economic recovery.

Troyjo added that four Covid-19 emergency program loans, totaling $4 billion, have already been approved for Brazil, India, China, and South Africa. The bank is currently considering another $1 billion that was requested by Russia, he said.

According to the NDB president, the bank “is working at full speed on supporting economic recovery.” The scope of that program includes enhanced credit access to small and medium-sized companies, rural infrastructure to facilitate economic activity and job creation, the restoration of production capacity in key sectors affected by the pandemic, and boosting early economic recovery by financing key infrastructure projects.

Troyjo noted the NDB’s “remarkable achievements,” and the increase in the number of projects it is supporting. “The NDB loan book now stands at $21 billion, and by the end of this year, we expect approvals to reach $26 billion,” he said.

Speaking about the bank’s vision for the next five years, he said: “We want to position the NDB as the premier multilateral development institution for emerging economies.” He added that there are plans to expand the trade bloc’s membership and strengthen the role of the NDB as a platform for international cooperation.

The Shanghai-based NDB, which was established in 2014, provides funding for infrastructure and sustainable development projects in emerging economies. With capital of up to $100 billion, it aims to continue issuing financial products denominated in the local currencies of its member states.

The 12th BRICS Summit will be held on November 17, and will be attended virtually by the heads of state of the five member countries: Brazil, Russia, India, China, and South Africa. 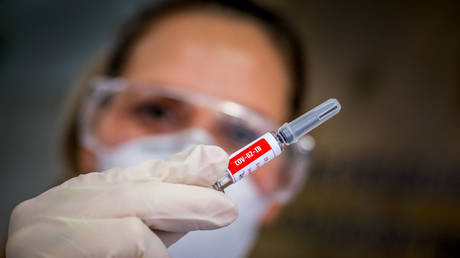 India’s capital has passed its THI...