A large port complex is being built by Brazil to facilitate trade with Asia, which is its major market. It will be South America’s most modern port when it opens in late 2023.

The 1,800-hectare facility, called Porto Central, is located in the coastal town of Presidente Kennedy in the southeastern state of Espirito Santo, on the border with the neighboring state of Rio de Janeiro.

This week, General Director of Porto Central Jose Maria Novaes invited Chinese companies to join the project and make use of the port, saying: “Asia, particularly China, is Brazil’s largest trading partner, and this international trade flow, mainly of commodities from Brazil to Asia and industrialized products from Asia to Brazil, requires large ships” that few Brazilian ports can now accommodate.

“There are few ports in Brazil capable of loading and unloading the world’s great ships,” explained Novaes. “That is the differential of the Porto Central project: being able to receive the world’s largest ships, in each class, at each port terminal.”

The port will feature a series of terminals, an internal channel with a gradually decreasing water depth for ships sailing in, and 13 docks for ships carrying liquids, he said. “It is an industrial port enabling water, energy and gas at competitive prices, with terminals for the export of raw materials and semi-finished products, and with the flexibility to accommodate the interests of project developers.”

The secretary of development in the state of Espirito Santo, Marcos Kneip, added that “Porto Central is becoming a reality. It is a port industrial complex that will serve oil and gas, mining and agriculture companies, and support the off-shore industry.” 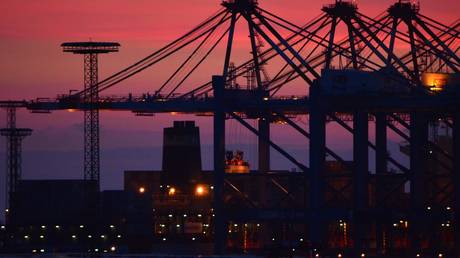