More than 3,500 companies, including Tesla, Ford Motor Co. and Target, have filed lawsuits against the Trump administration in recent weeks, over its tariffs on China. The firms say that the tariffs are “unlawful.”

RT Boom Bust talks about the issue to Hilary Fordwich from the British-American Business Association.

“The case is going to go to the international trade court,” she says, explaining that “it’s a major force against the US government.” Fordwich is citing experts from the Roosevelt Institute, who pointed out that there’s going to be “a big check from the US government if the court rules in favor of those companies.” 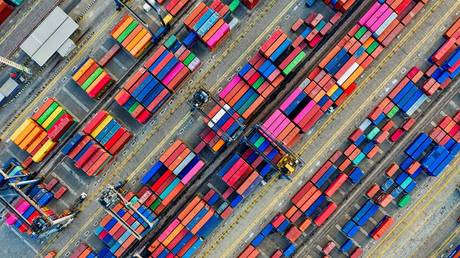