The US air safety regulator will start test flights of Boeing’s troubled 737 MAX next week, according to reports. The planes were grounded worldwide after two fatal crashes that were blamed on the flight control software.

Flight tests with the Federal Aviation Administration (FAA) will begin as early as Monday and will last three days, Reuters and the Wall Street Journal reported, citing sources. It will be a key trial for Boeing’s ill-fated 737 MAX series which, if successful, could pave the way for hundreds of grounded planes to be back in use by airlines all over the world.

Jets from the top-selling 737 MAX series were grounded en masse in March of last year after crashes in Indonesia and Ethiopia killed 346 people. In both cases, new flight control software caused the aircraft to unexpectedly nosedive shortly after takeoff.

The tragic incidents prompted widespread concerns over technical flaws and quality control at Boeing, as well as appropriate training for pilots to fly the 737 MAX planes.

Boeing has since updated its flight manuals and revised several features of the 737 MAX model, including the flight control software and associated hardware in the cabin. 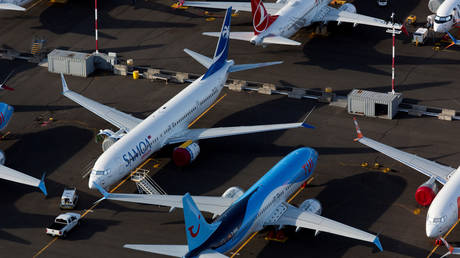