Companies operating Boeing 787 planes as well as other jets powered by Rolls-Royce Trent 1000 are required to check the engine over a possible risk of cracking, the European Union Aviation Safety Agency (EASA) has said.

A new “potential unsafe condition” has been discovered in low-pressure turbine discs of the engine, which previously caused multiple Boeing 787 groundings. The EASA said that rubbing between the discs and interstage static seals could lead to cracks in the front seal fins.

This could eventually result in turbine disc failure, high-energy debris, and reduced control of the aircraft, the agency stated, adding that it plans to issue an airworthiness directive (AD) on the matter. The action is under consultation until August 3.

To address the issue, the aviation safety regulator advised conducting an “ultra-high sensitivity fluorescent penetrant inspection of the seal fins.” If any damage is found, the affected parts must be replaced.

However, the British aerospace giant does not expect the inspection to cause much trouble for its clients.

“Inspections of disc seal fins will be incorporated into the existing in-shop maintenance regime and we do not anticipate it will cause any significant operator engine maintenance burden,” Rolls-Royce told Simple Flying. “We are developing a design solution which will remove the need to inspect these parts.”

While the new safety issue is not linked to previous problems with the engine, dozens of aircraft were grounded as a result. The cost of tackling durability problems on Trent 1000 engines eclipsed record engine deliveries last year, when Rolls-Royce reported an operating loss of $1.11 billion. 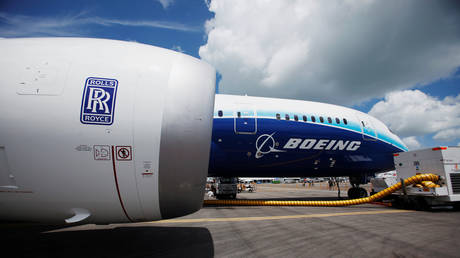