Close
Trending News
HomeBusinessBitcoin will reach $100,000 & destroy anyone who gets in its way – RT’s Keiser Report

Hundreds of billions of dollars in US Paycheck Protection Program funds have reportedly been dispensed to companies that did not need it. Max Keiser and Stacy Herbert discuss the matter, as well as other controversial loans.

In 2008-2009, when all the banks received government bailouts, those at the top of the pyramid, like Jamie Dimon, argued that they “really didn’t need the bailout but they had to take it because the Fed forced them and nobody else wanted to take it,” says Stacy.

“All of these projects will be eviscerated,” Max says, adding “Now, bitcoin is going to make its move.” He explains that bitcoin has been playing cat and mouse with these other projects to see who’s right and who’s wrong.

“It’s going to go up to $100,000 per coin but it’s going to destroy everyone who gets in its way. So, all these altcoin posers and government subsidy-welfare bums will be eviscerated by the one true bitcoin. It’s about time…” says Max. 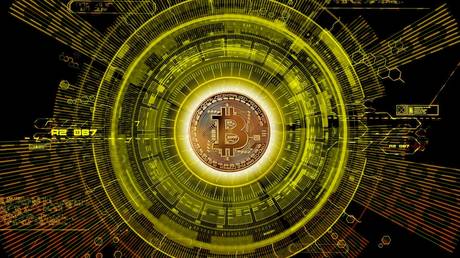