Victory for Democratic presidential candidate Joe Biden in the November elections would be bad news for the stock market and the entire US economy, veteran stockbroker Peter Schiff believes.

Discussing the possible outcome of the elections with RT’s Boom Bust, the investor said a Biden presidency would mean a much weaker economy and the Fed would have to unleash new monetary stimulus.

“So there will be a lot more inflation, and a lot more money-printing in the Biden administration than in the Trump administration,” he said. “We’ll probably have even more of that if Biden wins, than Trump. So that will provide more fuel for the stock market bubble.”

Schiff added that increased taxes on corporate earnings promised by the Democratic nominee would only exacerbate the situation. He explained that an increased tax rate will substantially reduce the value of corporations and their stocks, so it’s “going to take a massive amount of air to blow up a bigger bubble.” 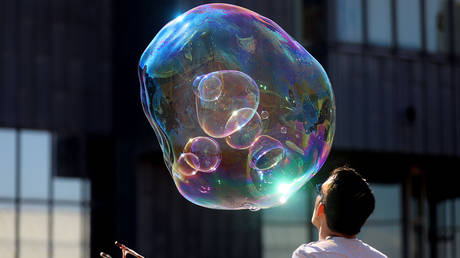