Another 1.5 million Americans have applied for unemployment

Another 1.5 million Americans have applied for unemployment

The figure is down slightly from the 1.542 million claims in the prior week. The 11th straight weekly drop would push claims further away from a record 6.867 million in late March. Still, applications would be roughly double their peak during the 2007-09 Great Recession.

“People will say claims are coming down, but for an economy that is reopening, that is a huge number,” Steven Blitz, chief US economist at TS Lombard in New York, told Reuters.

“The economy is losing workers and employment beyond the initial impact tied to businesses that shut down. There are a lot of industries that are getting hurt and that’s starting to cascade down, that is what those numbers are showing,” he added.

Companies, including those in manufacturing, retail, information technology, and oil and gas production, have all announced job cuts. State and local governments are also slashing jobs.

Economists expect an acceleration in layoffs when the government’s Paycheck Protection Program (part of a historic fiscal package worth nearly $3 trillion) runs out.

Policymakers project a 9.3 percent unemployment rate at the end of the year. That rate jumped from 3.5 percent in February to hit 13.3 percent in May. The US Federal Reserve indicated in June that it would provide years of extraordinary support for the economy, with its chair, Jerome Powell, telling lawmakers this week that “significant uncertainty remains about the timing and strength of the recovery.”

The US economy officially entered recession in February, bringing the longest expansion on record to an end as the Covid-19 pandemic caused economic activity to slow sharply. 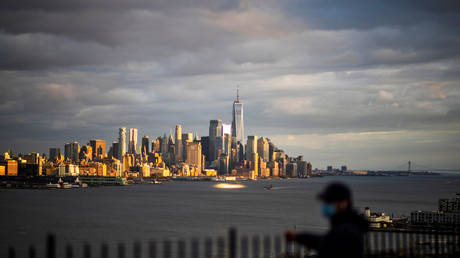 Pushed by US sanctions, Russia wil...