Chinese e-commerce giant Alibaba is reportedly halting investment in Indian startups, in another sign that recent deadly clashes along the countries’ Himalayan border are eroding business ties between the two Asian economies.

Apart from the major online retailer, “a few” other Chinese firms are also reviewing their investment plans for India, sources have told Reuters. The companies reportedly plan to not pour any more cash for around half a year, as they waiting for things to “cool off.”

Alibaba, as well as another major Chinese tech major Tencent, have been heavily investing in Indian businesses over the last five years. While Chinese venture capital investments in India totaled over $4 billion, Alibaba alone has poured over $2 billion into Indian startups.

Chinese funds have helped over a dozen Indian businesses to become unicorns (to reach valuation of over $1 billion). According to Mumbai-based think tank Gateway House, 18 of India’s 30 unicorns, including the most valued ones – such as payment system Paytm and food delivery platform Zomato – are now Chinese-funded.

While China’s investors are putting fresh investment on hold, they have no plans to reduce stakes or exit investments, according to the recent report. One of the sources explained that this is due to the market condition and to the fact that there aren’t many buyers.

Jack Ma’s Ant Group – an affiliate of Alibaba Group – has earlier hinted that it faces challenges in India due to the recent changes in the country’s foreign direct investment regulations. The company is currently preparing for its blockbuster IPO, which may become the biggest in history.

“Separately, in 2020, a change in foreign investment regulation in India led to our further evaluation of the timing of our additional investment in Zomato, a restaurant aggregator and food delivery startup based in India,” the group said in its IPO filing.

After the border clash in June, in which 20 Indian soldiers and and an unknnown number of Chinese soldiers were killed, New Delhi started to crackdown on Chinese businesses amid rising bilateral tensions. The Indian government has banned around 60 Chinese apps, including TikTok and WeChat, and is also planning to phase out Chinese major equipment maker Huawei from its telecom networks. 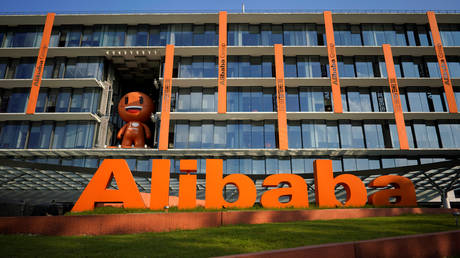