Shares of Chinese e-commerce giant Alibaba soared over 10 percent, allowing it to overtake US social media firm Facebook by market capitalization and climb higher among the world’s most valuable firms.

Alibaba stock enjoyed its biggest one-day percentage gain since its secondary listing in Hong Kong in November. At $261 per share, its market cap soared to HK$5.614 trillion (over US$720 billion), outweighing that of its closest rival on the list, Facebook.

As trading started in New York, Facebook stocks showed little movement, standing at around $241 per share with a market cap of nearly $687 billion.

Alibaba “demonstrates strong execution with multiple business models, and is at the sweet spot of a recovery story backed by strong technological strengths,” analyst Thomas Chong wrote as cited by the South China Morning Post.

It’s not the first time Facebook’s market cap has been overtaken by Alibaba. The two firms often trade places in the list of the world’s top 10 most valuable firms by market capitalization, where they are behind Saudi Aramco, Apple, Microsoft, Amazon and Alphabet (Google).

The Chinese online giant earlier topped Facebook in another ranking, which assessed the world’s most valuable brands. Alibaba is now considered the most valuable Chinese brand, followed by tech leader Tencent. The two companies took 6th and 7th positions in this year’s ‘Top 100 Most Valuable Global Brands’ rating, while Facebook was behind them, dropping three places since 2019. 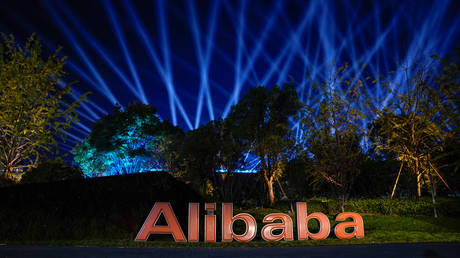