“For the next two years – 2020/21 – we assume that production and deliveries will be 40% lower than originally planned,” the CEO said in an interview with Die Welt newspaper.

It was earlier reported that the aviation giant is likely to see production down by a third, but that was in reference to the results the company posted at the end of 2019, Faury explained. The 40-percent cut refers to company’s initial plans for the next two years, meaning that only around 40 aircraft per month will be rolled off the production line.

Lower production also means that Airbus “will return to the level we were at about 10 to 15 years ago,” the CEO said. While the plane maker does not want to significantly change its industrial footprint, it will have to “turn every stone” at its facilities to reduce costs.

To cope with the fallout from the pandemic, the company will have to shed thousands of jobs. While Faury did not reveal the exact scale of the measures, promising to announce the decision in around one month, it was earlier reported that up to 15,000 jobs could be cut. That’s more than 16 percent of its 90,000-strong workforce.

While the aviation industry will be reeling from the coronavirus crisis for a long time, Airbus expects production volume to pick up in 2023 and return to pre-crisis levels by 2025. 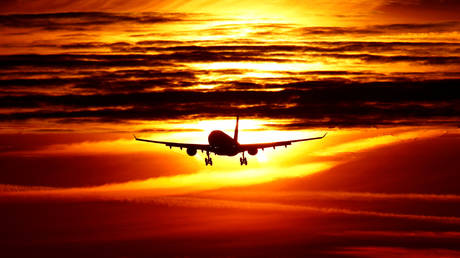 Parents will face FINES if they re...