A new report by European plane maker Airbus shows aircraft deliveries have halved in the first six months of the year, amounting to just 196 planes, compared with 389 in the same period of 2019.

According to the statistics, deliveries rose to 36 aircraft in June, from 24 in May and a low of 14 in April. Those included four A350-900s for Iberia, Air France and SAS, the only long-haul jets delivered in June. The remainder of the deliveries comprised 31 A320-family aircraft and a single A220.

At the same time, no new orders were registered by the aerospace giant during June, its second month in a row with zero order activity.

Airbus said it faces an average 40-percent drop in business over the next two years, forcing the plane maker to cut 15,000 jobs, or 11 percent of its workforce. The company’s employees facing job cuts staged their first strike in 12 years on Wednesday.

Struggling aircraft makers have been urging airlines to take planes that have already been built in return for agreement to defer others due at later dates. Experts say some planes are going straight into storage because travel demand is proving slow to recover.

READ MORE: Airbus production likely to plunge 40% over the next 2 years in aftermath of Covid-19

Air travel has been one of the hardest-hit industries, with the International Air Transport Association (IATA) warning that the Covid-19 outbreak will result in up to $314 billion in lost revenue for carriers.

International carriers, which have been suffering major losses due to the coronavirus crisis, are cutting their workforces, leaving thousands without jobs.

While the aviation industry will be reeling from the coronavirus crisis for a long time, Airbus expects production volume to pick up in 2023 and return to pre-crisis levels by 2025. 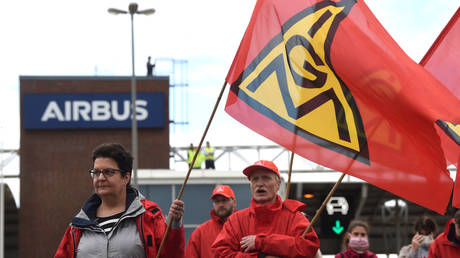 One of India’s cruelest gangsters,...